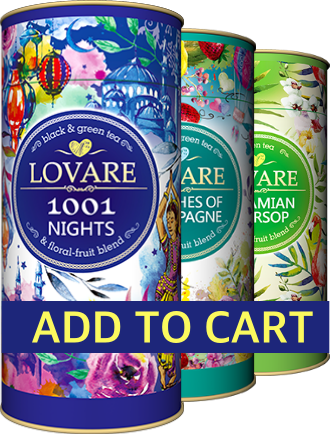 Ginger Decoction Recently this formerly exotic plant has stea dily come into our life. Someone has appreciated its taste qualities, some people put to use its healing properties, which are known to the people inhabiting its homeland –...

Ginger Decoction Recently this formerly exotic plant has stea dily come into our life. Someone has appreciated its taste qualities, some people put to use its healing properties, which are known to the people inhabiting its homeland –...

Recently this formerl exotic plant has stea dily come into our life. Someone has appreciated its taste qualities, some people put to use its healing properties, which are known to the people inhabiting its homeland – Western India and South-Eastern Asia. In these parts ginger root is used in magical rites. Indeed, people who live in this area truly believe that diseases are sent to them by evil spirits as a punishment for wrongdoing and pious thoughts. But modern medicine has found explanation for magic recovery of such sick people. In many ways it’s the decoction of ginger root, which contains practically all elements of the periodic table in the combination with numerous amino acids and vitamin mineral complex.

Ginger is a whole pharmacy in one root.

Ginger (Zingiber) is the perennial and herb that is not found in the wild. It’s cultivated either as a domestic plant or as a garden one in the open air in subtropical or tropical region. Its root is used as a seasoning or a medicine. Ginger taste is slightly sweet with a touch of pepper. It has a yellowish tint in the cut and tough fibrous structure.

Using its multifunctional qualities the ginger decoction is taken for losing weight but the process of such diet is quite slow but effective enough. The most important thing is that upon standing recommendations the weight stabilizes and extra kilos do not turn. Among the positive side of such diet is the fact that the use of the ginger decoction doesn’t cause changes in the functioning of a human filter: liver and kidneys. Then such pharmacological remedies which are used nowadays with to desire of quick weight loss or those strict diets people keep can cause irretrievable pathological changes of a human constitution (body).

The point of weight loss methods with ginger decoction is to ensure that this exotic product has a positive effect on the basal metabolic rate and on cleaning blood vessels and lymph. The decoction helps to dampen hunger. The volume of a human stomach reduces gradually and leads to its norm. The positive side of such treatment is that during the slimming course with ginger decoction the patient loses the desire to overeat. That is essential for the impossibility to return to a former weight.

For a long time the decoctions and teas of this exotic root have been used in the gastrointestinal tract disorder and the digestive system disorder. The root has excellent antispasmodic, antiphlogistic, carminative and antioxidant properties.

It was observed, that ginger root decoction perfectly arrests the symptoms of seasickness, stabilizing the vestibular apparatus, which is unbalanced during riding on roundabout, flying plane, sea cruises. Having taken the decoction, you can expect that all the symptoms of discomfort will pass, such as dizziness, general weakness, limbs trembling, nausea, cold sweat on forehead and temples.

The ginger root decoction quite efficiently eliminates nausea and vomiting reflex, which cause so much trouble for “expectant mother”. The decoction is effective also in such a difficult situation as hyperemesis gravidarum, which mean diagnosis with such symptoms as severe nausea and intense vomiting. Such pathology exasperates a woman, but doesn’t hurt a fetus.

The modern medicine with previous experience of healers used the ginger decoction while treating inflammation in the joints (arthritis), accompanied by pain symptoms. In such case this decoction uses its anti-inflammatory and anesthetic characteristics.

Although today still no dead certainty and documentary evidences a plenty of healers and doctors are of opinion that ginger decoction is effective in treating cancer of the colon and rectum. Experts believe that in compliance with medical recommendations the disease process can be not only to stop but reverse. But one should be warned that self-treatment is not suitable as well as access to the herbalist. The best decision would be to consult the oncologist and be examined by him. If the medical specialist approves diet with the use of ginger decoction it must be constantly monitored.

The will be no necessity to take large amounts of this unique root. For instance, for nausea removal it will be enough to brew a piece of rhizome weighing only 60 – 90 gm, which corresponds approximately to the 2.5 – 5 cm of it. In this case it will be enough to take only a glass of water (250 gm).